CLOSING REMARKS FOR THE JMC

CLOSING REMARKS FOR THE

DoH Secretary Paulyn Jean Rosell-Ubial, CSC Chairperson Alicia dela Rosa-Bala, Commissioner Robert Martinez, Asst. Commissioner Ariel Ronquillo, Mayor Guia Gomez, Atty.Christian UY, Office of the OMBUDSMAN , CSC officials and employees, fellow tobacco control Advocates, distinguished guests, a pleasant afternoon to all.
I can’t help but start this closing on a personal note. I must admit that while the WHO approved FCTC in 2005, it was only in 2009 that i learned and knew about FCTC

I was sent by Chair Saludo to attend a seminar of the SEATCa. Of couse, the CSC then had already its anti smoking memo circulars even before before the FCTC.  I must say CSC is very good at this because during the time of Chairman Pat Sto. Tomas, she came out with administrative rules on Sexual harassment even before the law on anti sexual harassment was passed by Congress.

The SEATCA seminar deepened my understanding of tobacco interference. I met

Usec. Alex Padilla, Atty. Debby Sy, founder of Health Justic, Emer Rojas, Yul Doroteo other stalwarts against Ti in that seminar. That started me in this advocacy.

My parents were 16 and 17 years old when they started smoking. You can just imagine during that time, called peacetime (many of you have not been born yet) when our economy was flooded with cheap American goods like Libbys and Spam, Philip Morris and Chelsea .and other brands of cigarettes. My young parents were lured and trapped into smoking. Smoke not only got into their eyes but into their lungs and into their hearts. Both my mother and father died of lung cancer.

The JMC became a reality with the help of many people. I cannot help but say that the universe conspired to make it happen. The timing was perfect and the right people were there: Sec. Cabral and Usec. Padilla at DOH. Chair Duque and Commissioner Martinez at the CSC. The JMC was signed by CSC and DOH in record time. The DoH gave 5 million pesos to CSC to jumpstart the advocacy.

During the watch of Chair Duque, the CSC encountered threats and political disturbances especially during our budget hearings. Thanks to Ascom ronquillo who ably answered questions as to its legality.

The JMC has gone a long way under the watch of Commissioner Martinez. There are many milestones to celebrate. I did not even think that it will go this far. Congratulations to the PMU first led by Choc Rucafort, then Bevs Samson and now Abigail Libre together with Joy Mantilla from the Office of Commmissioner Martinez, our legal eagles, Jack Sarita, now with DBP, Kruni Escudero, Faith Cuevas and Bernard Jimenez, for  their commitment and passion to move the agenda against tobacco industry interference in the bureaucracy.

Today the time could not have been more perfect, the personalities could not have been also more perfect. What an awesome combination. Perfect timing, perfect personalities.  With Sec Ubial who is passionate on tobacco control at the helm of DoH and Chair Alice Bala,  dela Rosa pa (kaya inggit lang si General Bato)  who served as Deputy-Secretary General of the ASEAN where she has pushed the same agenda at the regional level.

And most important with a new president who has made Davao Cty the first smoke free city in the Philippines, there is now a golden opportunity, a perfect time to level up our efforts. We have to seize this moment. Carpe diem!

We now have to hit at the jugular, just to borrow my favorite praise from my favorite boss, Senator Ople. We have to hit the jugular. The tobacco industry has harmed and damaged the lives of many Filipinos. The TI is poised to deny a bright future for our young generation. The TI has to be stopped.

Where do we begin? Some thoughts. We can start by removing TI in the Inter-agency Committee on tobacco. Hopefully the DoH together with DTI will recommend this as an administration bill. Second, thru the CSC, other government agencies like the DILG and DTi can become more active in ensuring the implementation of the JMC
On the part of HJ and other Health advocates, we commit ourselves in supporting DoH and CSC.

I hope all of us are excited with these prospects and possibilities. I hope we can make it happen. As Secretary Flavier would have said it: lets DoH it!

Thank you to all for making time to join this momentous event. Happy weekend! 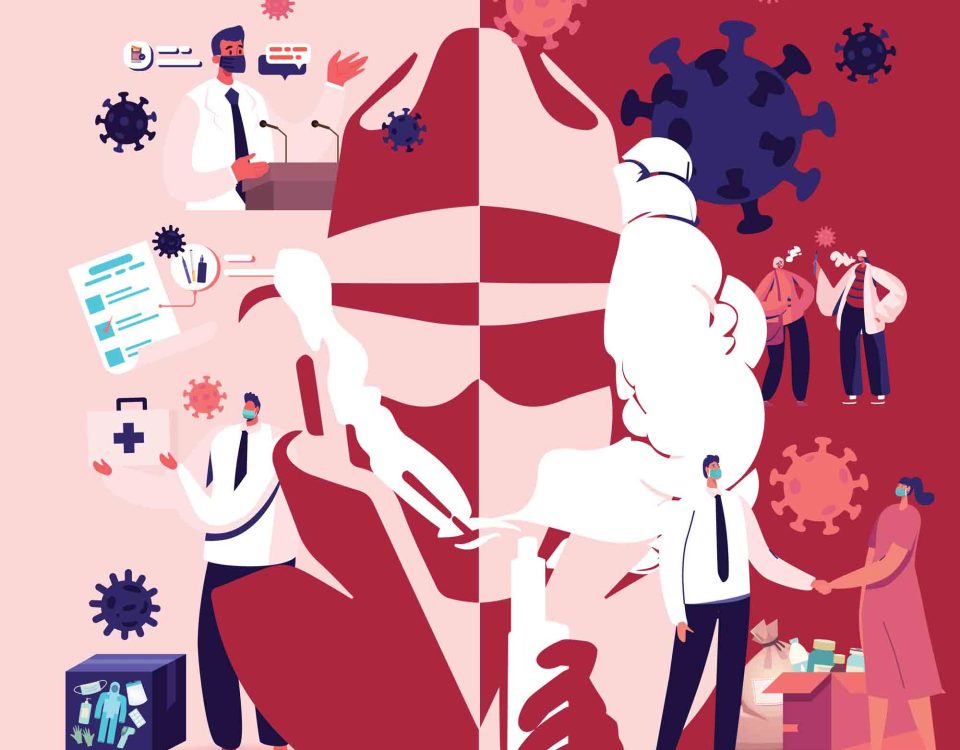 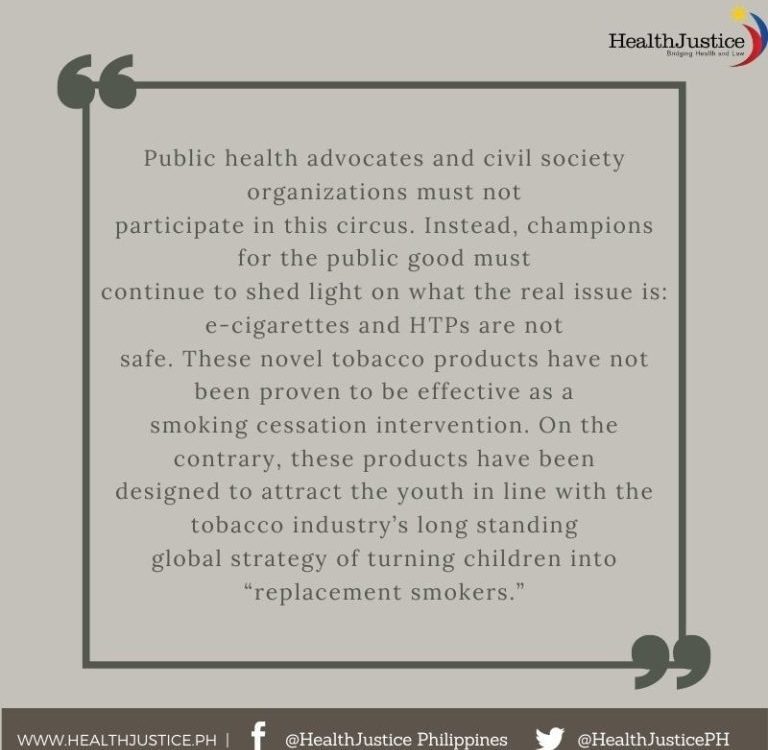 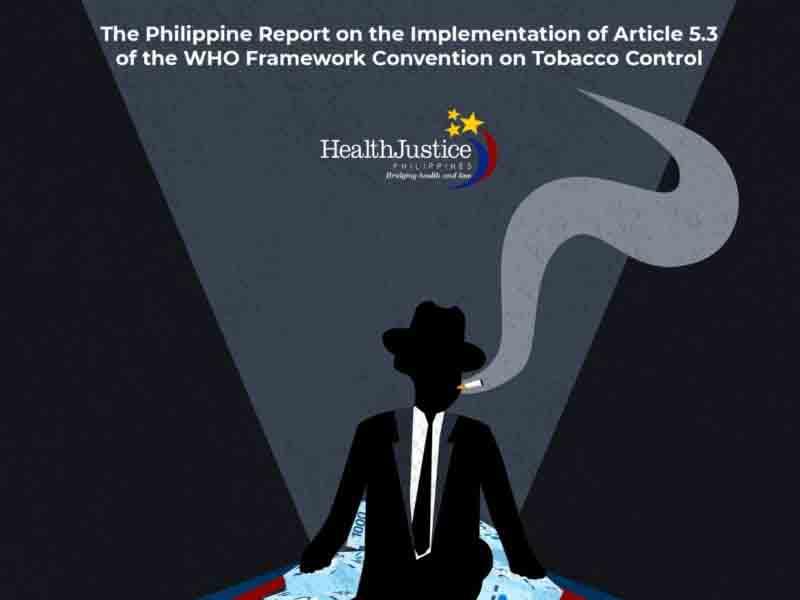