HealthJustice Philippines, a think tank and advocacy group with legal expertise in tobacco control and health promotion, was quick to offer support to Duterte after he stated during his second State of the Nation Address (SoNA) that he would limit access to tobacco products.

“It is inspiring to be working with a President who values the health of our people. We assure him of our continuous support and guidance in minimizing access to tobacco. We urge local government units to replicate the gains of Davao, which became a model smoke-free city under the leadership of Duterte. We call on Congress to support the President and make permanent the gains of the nationwide smoking ban by passing a stronger smoke-free law,” said Mary Ann Fernandez Mendoza, President of HealthJustice.

“I have signed Executive Order No. 26 imposing a ban on smoking in public places to mitigate its consequences. We want to minimize access to tobacco products, and provide a more supportive environment for those who are attempting to quit tobacco use,” Duterte said.

“When it comes to protecting public health from the harms of tobacco, we will be with President Duterte every step of the way. We look forward to a stronger partnership between the government and civil society organizations working together for a healthier and smoke-free Philippines,” Fernandez Mendoza added.

During the signing of the Centenarians Act of 2016 last September, Duterte emphasized in his speech that he “will not allow smoking because you pass cancer to the people who do not want it.”

Tobacco Control is part of the Duterte Health Agenda revealed by Health Secretary Paulyn Ubial during the National Health Summit in September 2016.

Duterte likewise shared that he had been suffering from Barrett’s esophagus and Buerger’s disease caused by smoking.

Ten Filipinos die every hour due to smoking-related diseases.

HealthJustice is a Bloomberg Awardee for Global Tobacco Control. It is a Programme Partner under the NCD Alliance, an international network of civil society organizations, scientific and professional associations and academic and research institutions aiming to reduce the burden of noncommunicable diseases (NCDs) worldwide. 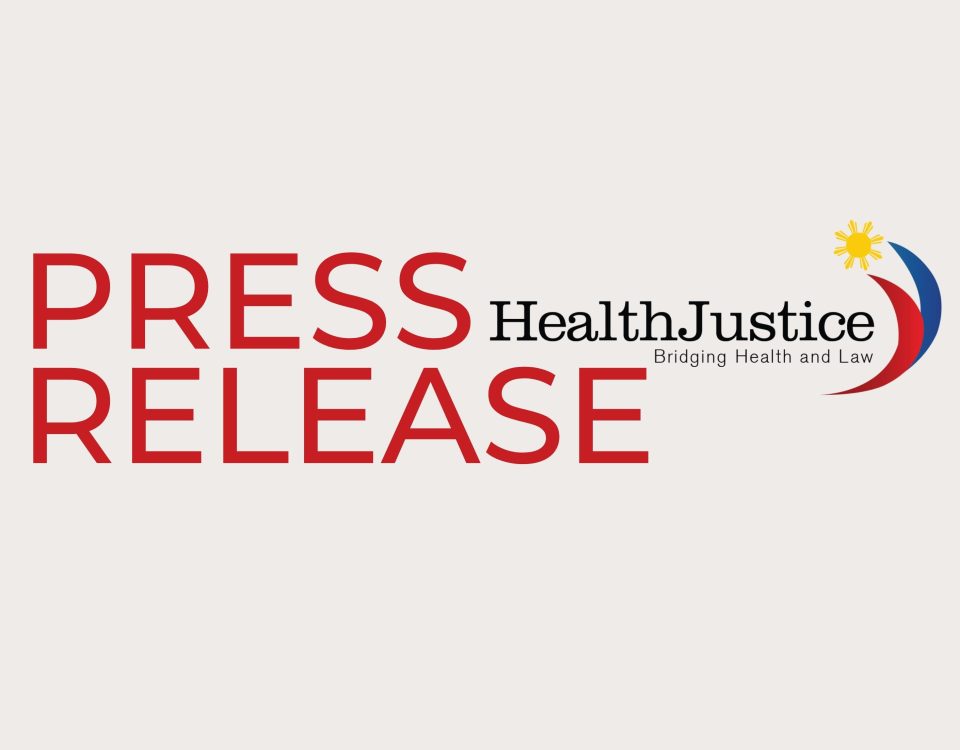