The above was in response to a public hearing conducted by Pasig’s joint Committees on Appropriations, Ways and Means, Trade, Commerce and Industry and Health, Sanitation and Nutrition on the said proposed ordinance last August 23.

HealthJustice and SEATCA were particularly concerned about claims made by vaping proponents during the said hearing regarding the safety of e-cigarettes as being “based on evidence.”

HealthJustice further said that such was the very view that the tobacco industry wants the public to believe.

“There is no scientific evidence to support claims that e-cigarettes and heated tobacco products are safe. Even in the UK, where e-cigarettes are heavily promoted, no public health authority has claimed that these products are safe. The public and public servants in a position to protect public health must be fully apprised of the risks inherent to vaping,” said Dr. Ulysses Dorotheo, Executive Director of SEATCA.

Mary Ann Fernandez-Mendoza, President of HealthJustice, pointed out that the tobacco industry, which is behind the vaping lobby, is brainwashing the public into thinking e-cigarettes are safe.

Dr. Dorotheo urged smokers to focus on quitting smoking rather than shifting to vaping. “Quitting smoking is possible. It is the best thing that can happen to a smoker, and millions of people have successfully quit even before the advent of vaping,” Dorotheo emphasized.

The vaping industry is in hot water in the United States of America (US). It was reported yesterday that a patient in Illinois died after developing severe vaping-related lung disease. This is the first death in the world linked to vaping, in addition to two previously reported deaths from exploding e-cigarettes and several others from e-juice poisoning.

According to the Centers for Disease Control and Prevention (CDC), it is now investigating 215 reported cases of severe lung disease associated with e-cigarette use across 25 US states.

In a statement, Dr. Ngozi Ezike, director of Illinois Department of Public Health, said that  “The severity of illness people are experiencing is alarming and we must get the word out that using e-cigarettes and vaping can be dangerous.”

“At the end of the day, this is a public health issue we are dealing with. As such, it is most prudent to exercise caution. Stop spreading word that e-cigarettes are safe if only to prevent more people, especially our youth, from falling prey to yet another public health hazard,” added Fernandez-Mendoza.

HealthJustice Philippines is a nonprofit organization with legal expertise in pro-health and tobacco control laws, policies, and measures. It is a Bloomberg Awardee for Global Tobacco Control.

SEATCA is a multi-sectoral alliance supporting effective tobacco control policies in ASEAN countries in line with the WHO Framework Convention on Tobacco Control. 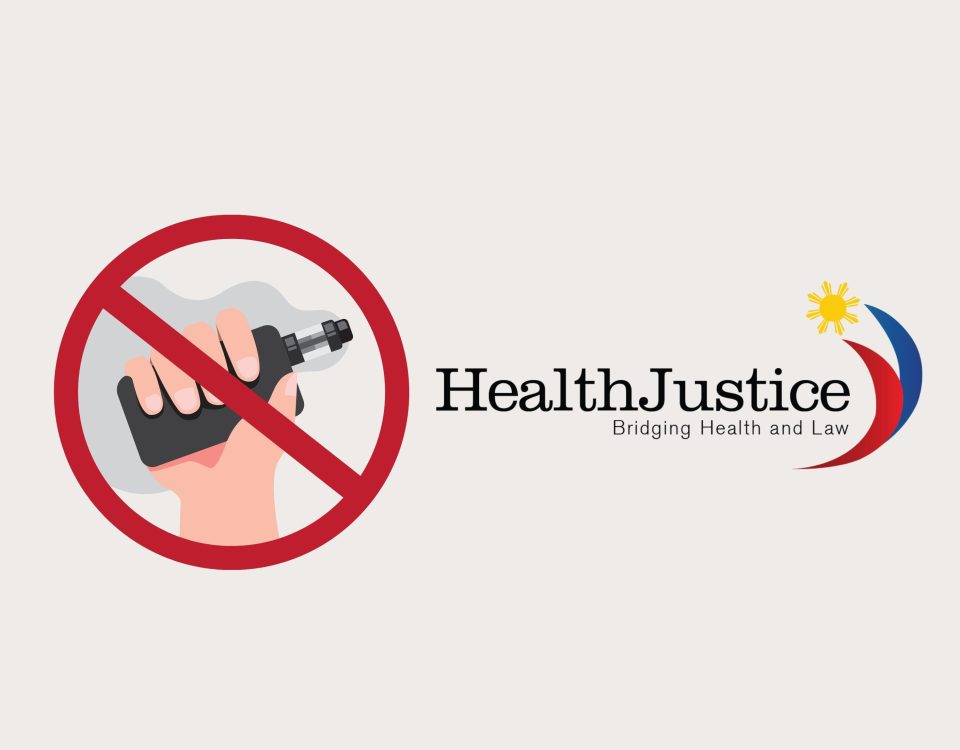 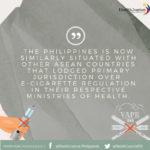